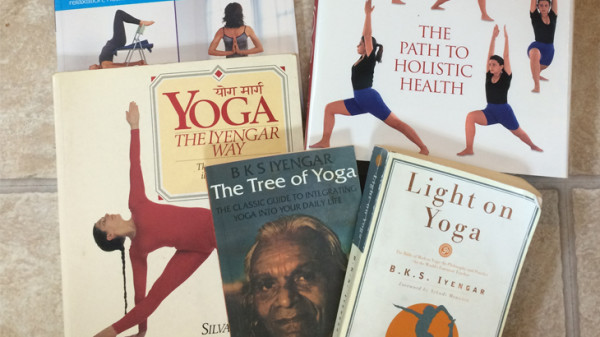 Students sometimes ask me which books are better reading about yoga. Here are two main, basic treatises on yoga. 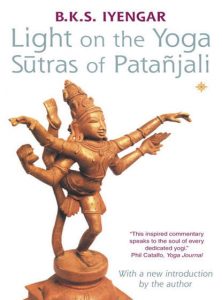 This work, along with the Bhagavad Gita, is one of the two pillars of concentration of the essence of wisdom, where the whole philosophy of yoga is contained. The Yoga Sutras are 196 short aphorisms that consistently describe the principles of yoga, the principles of the functioning of consciousness, some aspects of the world order (soul-consciousness-body-nature-God) and ways of liberating the soul by means of yoga from the fetters of an endless series of worldly pleasures and sufferings. The yoga sutras, in comparison with the Bhagavadgita, describe the practical side of the application of yogic techniques somewhat more.

Since the aphorisms are very short and were written in Sanskrit, where each word has a wide range of meanings, their translation and interpretation causes certain difficulties. Today there are about 50 versions of the translation of the sutras with commentaries. I, as a yoga practitioner according to the Iyengar method, studied the sutras mainly from his comments.

“Bhagavatgita” is a part of the ancient Indian epic “Mahabharata”, a part where in the form of a dialogue Krishna expounds to Arjuna the science of knowledge of God. The Bhagavatgita consists of 700 slokas (verses). Compared to the Yoga Sutras, the Bhagavatgita describes the world order more, and also considers the various paths of yoga: jnana yoga, bhakti yoga, karma yoga and meditation. I consider it imperative to say that if you read Bhagavatgita in its “pure” form (there are even editions like “Bhagavatgita As It Is”), then most of the meaning will remain hidden. The fact is that in ancient times the sages did not trust the preservation of knowledge to the papyri, it was passed from mouth to mouth, students were forced to memorize texts, books by heart. And to prevent distortion (both unconscious, due to insufficient understanding, and conscious, malicious) the whole essence, all secret knowledge was encrypted in the characters and the twists and turns of the plot. Each hero of the poem personifies some property, and thus, having the key, one can comprehend the entire hidden meaning.

Just as there are many translations and commentaries of the Yoga Sutras, there are many translations and commentaries of the Bhagavadgita. I read “Bhagavatgita” in the publication of the Soviet period (“Library of World Literature”), where it was reduced to 500 slokas, that is, in general, the whole philosophy was simply cut out in a completely insolent way, without any mention of it in the preface. So one can only guess if we (who lived in the USSR) really read exactly what foreign authors wrote … By the way, it is also interesting to read the Bible in English – some seemingly insignificant differences in translation turn out to be deep enough.

Sri Aurobindo’s comments after Paramahansa Yogananda’s comments seemed too superficial to me. But the interpretation of Paramahansa Yogananda is the true pearl of knowledge! I recommend this particular edition. In Russia, it is sold in Bukvoed, Ozone and many other stores. Residents of other countries can order from the official store.

If you have not read any books on Eastern philosophy or yoga at all (by the way, yoga is one of the six orthodox schools of Indian philosophy, along with Samkhiya, Nyaya, Vaisesika, Mimansa and Vedanta), then you can start with a simpler book – B.K. .FROM. Iyengar “Yoga – the light of life”. It is written in a fairly simple language, as much as possible when considering such a complex subject.